Definitely Book Of The Month 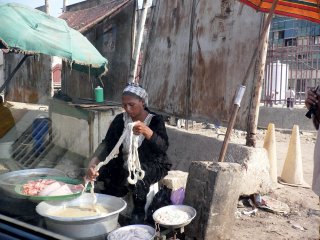 I stopped by Diwan, a lovely bookstore in Zamalek, the other day when I ventured into town for some reason that I've already forgotten. Stopping at Diwan is like stopping at a chocolate factory for me. I am a serious book addict with a fairly serious library of books by and about Egyptians and Egypt. My visitors love it because they can read to their hearts content about pyramids, Mamelukes, early exploration of the Nile, whatever. Anyway, I found myself poking through the shelves and I ran across a book by Dr. Leila Ahmed, the first professor of Women's Studies at Harvard Divinity School. The book, A Border Passage, is her autobiography and reminiscences of her childhood in Cairo during the change from British rule to Nasser's government. To be quite blunt, it is one of the best books I've read in years. 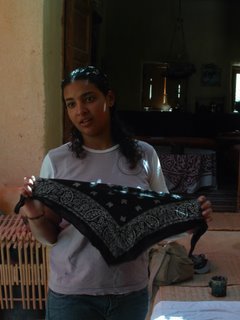 Dr. Ahmed has also written Women and Gender in Islam: Historical Roots of a Modern Debate, a book that I haven't read yet, although it is now on my list. A Border Passage is lyrical, with the music of Egyptian life a theme that flows comfortably and seductively throughout her autobiography, which explores many of the issues of growing up female in Egypt. Some of the issues faced in growing up during the 50's and 60's have changed for women in Egypt, but many of them are the same. Watching my own daughter identify and deal with them as she grew up here was both interesting to me and daunting at the same time. With a Canadian mother and an Egyptian father, she had to invent her own culture as she grew up, since the two didn't always synch well. My husband was a product of the same culture as Dr. Ahmed, a culture that did value males over females, and that allowed males more freedom of action than females had. On the other hand, I was raised by a father who felt that it was important for both the boys and girls to know how to cook, sew, change tires on a car, fix a broken toilet, pitch a tent, and catch a fish. Although I made it clear from day one that there would be no difference between the rights of our son and our daughter, this was a point that had to be brought home more than once. Leila Ahmed's family was both ordinary and extraordinary and made it possible for her to study abroad at a time that such a course was not so common for young women. 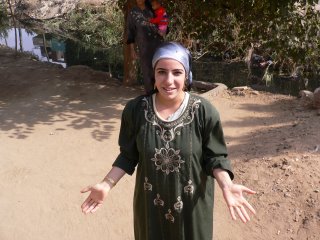 I spend a lot of time with women of many backgrounds and social classes. My seventeen year old housekeeper from the village can't read or write, and her mother died about five years ago followed shortly by her father, leaving her an orphan. She's now engaged to be married to a young man from a neighbouring village, a skilled groom working for friends of mine. Before she became engaged to Gaber, she asked my advice as to his suitability. Gaber is a polite, hard-working young man with whom I could see no problems, so my advice was that he would probably make a good husband. Although my heart cringes at the thought of a seventeen year old getting married, she's already been supporting herself for the past three years and is well past the usual age of marriage in the villages. When she marries, she will stop working for me, but has promised to arrange for a friend of hers to come to help out in my house. Her friend is also married but also has children and I suppose has realised the necessity of extra income in her family. 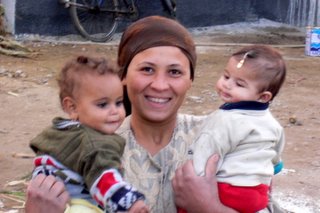 Every woman has a story. We will recognise ourselves in parts of the story and find new truths in other parts. We will enrich our own lives by learning of the lives of others. A Border Crossing is a double blessing. Not only does it give us an experience of another culture, another country, and another time, but it does so with such beauty and grace that you will dread finishing the book as I do.
Posted by Maryanne Stroud Gabbani at 4:27 PM 9 comments: