A Problem For Everyone 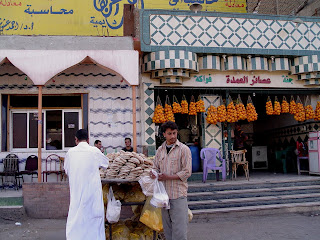 There have been stories in the press here and abroad about the problems at the government bread bakeries due to flour shortages. We are definitely in the midst of a serious problem in Egypt with inflation, especially as it affects food. But we are not alone, as detailed by the writer of the Globe and Mail article I've linked to with the title. People are experiencing similar problems all over the world. 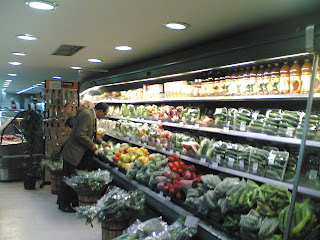 I don't go into the city that much, especially since there is almost nothing that can be done there that doesn't cost money, and with a farm to support, I really don't want to go about spending unnecessarily. Today I went into Maadi to pick up a replacement pair of glasses and to do my month's grocery shopping. Shopping every day the price increases sort of sneak up on you, but shopping once a month, they smack you in the face. I have to admit that I'm spoiled rotten by having the wonderful Mohamed...driver, accountant, supervisor of workers, right hand man....who does my day to day shopping. He has the advantage of living near one of the best fruit and vegetable markets in Cairo but we've been watching the price fluctuations in that realm with a jaundiced eye. 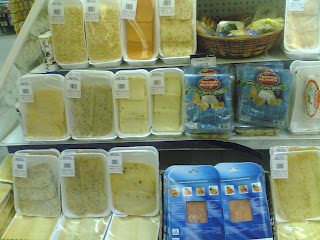 Going to the market once a month for the essentials puts a special light on pricing. I am a boring shopper. I buy the same basics month after month: some chicken breasts, corn meal for parrot bread, skim milk and skim milk yogurt, some oil, some rice, lentils, chick peas...simple stuff. It's only me in the house after all and I like my food real and freshly cooked, so I don't need too much. 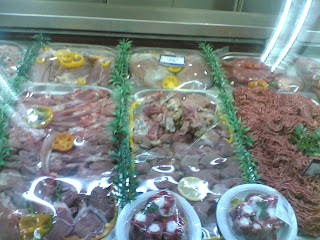 I do this shopping in one of the largest supermarkets in Maadi. There are things that I like that I can find in a place like that, such as cherry preserves, that I like. Yeah, like I said, I'm a bit spoiled. Metro, the supermarket, has a cheese section, a meat section, a poultry section, a fish market, and a delicatessen...it's a normal supermarket. Last time I was there, I bought a tray of chicken breast for about 30 LE...that's for about 8 half breasts. Today the same tray was over 40 LE. My skim milk that was about 3.5 LE 6 months ago is now almost 5 LE a litre. A small jar of nice green pepper salsa, locally produced, was 3.5 LE last month and is 5 LE this month. Rice that was 2.5 LE is now almost 5 LE. 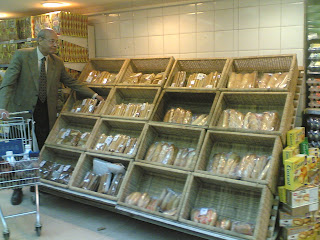 As I wandered around the aisles gazing in horror at the costs of living exploding before me, I noticed that there was almost no one else in the store. Ordinarily, I'd see families doing their shopping, mothers with toddlers in tow picking up cereal and pampers, all nationalities...but today there was an older gentleman moving about looking at more things than he was buying and a young woman picking up item after item only to put them down with a snort of disgust. The store, while not empty, was significantly less crowded than I'd ever seen it. 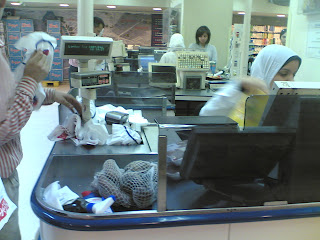 My staff have been telling me about the price increases over the past months, but it isn't the same thing as walking in and being assaulted by the price increases at every turn. We are living and working in a farming area where we can grow some of our food. How are people who are on very limited incomes in cities and have no way to provide for themselves going to manage?

In my reading about the price issues in the grain trade I've seen that there are some interesting issues involved in the shortages and high prices. One of the issues that one article was discussing was the abnormal trading and pricing patterns over the past few years since investment funds were allowed to trade commodities. This means in addition to stocks and bonds, these investment funds could speculate on commodities that are the bases of our food supply. As the widow of a grain trader, I have some understanding of the general workings of this field, and I really think that the trading of something as important as food should not be in the hands of speculators. I realise that everyone in the grain trade is also speculating to a certain extent, but at the end of the day they are trying to move the grain from Point A to Point B. Mutual funds aren't moving food from producers to consumers. I also have to question the wisdom of the current field of biofuels. If we are using food for people to power vehicles that many of the people needing food don't even have...what is the point? It's all very well to try to develop a renewable fuel source, but do we want to compete with our own cars and buses for our food supply? These aren't just Egyptian concerns and problems. They are affecting us all. Shortages in rice, corn, and wheat are causing price increases in staples and meats all over the world. A Canadian friend of mine confided that a loaf of bread in her area was about $2.50. Looks like we are all in this together.