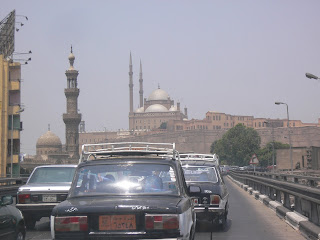 One of my internet treats is The Writer's Almanac, published daily by Garrison Keillor and American Public Media. Each day it brings a poem and historical notes about writers and world culture. Today's historical note offered an interesting and thought provoking reflection on the conflicts of today:

"It was on this day in 1095 that Pope Urban II, while on a speaking tour in France, called for the first Crusade to recapture Jerusalem from the Turks. There was no imminent threat. Muslims had occupied Jerusalem for hundreds of years. But Urban II had noticed that Europe was becoming an increasingly violent place, with low-level knights killing each other over their land rights, and he thought that he could bring peace to the Christian world by directing all that violence against an outside enemy. So he made up stories of how Turks in Jerusalem were torturing and killing Christians, and anyone who was willing to join the fight against them would go to heaven.

About 100,000 men from France, Germany, and Italy answered the call, formed into several large groups, and marched across Asia Minor to the Middle East. Nearly half of them died from exhaustion and sickness before they ever reached their destination. They began sacking cities along the way, and they fought among each other for the spoils of each battle. When they reached the trading city of Antioch, they killed almost everyone, including the Christians who lived there. By the time they got to Jerusalem, it had recently fallen into the hands of Egyptians, who were friendly with the Vatican. But the crusaders attacked anyway, killing every Muslim they could find. The Jews in the city gathered in the temple, and the crusaders set it on fire.

Pope Urban II died two weeks later, never hearing the news. But the crusading would go on for the next 200 years. In the fourth and last Crusade, in 1202, the crusaders never even made it to Jerusalem, but got sidetracked and wound up destroying Constantinople, which was at the time the last great city left over from the Roman Empire."

The Egyptians who whom the note refers were those under the leadership of Sallah el Din (Saladin in western history books) who built the Citadel in Cairo and established the city in its current place. One of the buildings of importance in Constantinople was Hagia Sophia, a Byzantine cathedral that was later remodeled with minarets to become the Grand Mosque of Istanbul and the model for the mosque of Mohamed Ali in the 1800's. Now when you visit the Grand Mosque you can see some of the old Christian Byzantine paintings and murals that were once painted over with whitewash, and Mohamed Ali's mosque remains a favoured resting spot for weary tourists schlepping their way through Old Cairo. The past never really leaves us.