Catching Up To Myself

The last few months have been a whirlwind of strangeness in the Middle East. I keep up with the news on my Facebook page for friends who have lived here and perhaps left but who are still interested in an area that is a weird kind of black hole in the normal media. People hear about either the most irrelevant or the most horrific things that might happen here, but when you live in MENA (short for Middle East/North Africa) the real news runs the gamut from things that make you laugh out loud, although not nearly often enough these  years, to things that are simply hard to believe. This range is normal everywhere, of course, but to people who are not getting MENA news from fairly ground level sources, only the really huge stories manage to force their way to the surface of television or newspaper news.

I became a news addict in 2011 when during the revolution/uprising/disturbances/readjustment in Egypt when the divergence of reality from the broadcast was so amazingly huge on television here and initially I found myself becoming impatient with the slowness of the updates on the major networks covering Egypt. I'd signed up with Twitter years before and followed a few friends who were luckily for me good journalists. I began working my way down to street level activists and journalists in order to see what was happening in Egypt in a more timely fashion and to see where it was being reported. Then came the work of trying to make sense of patterns to understand what events meant and to try to guess what might come next. I have to admit that I'm not the best guesser in the world, but it has been interesting to try. I realised today that the work I've been putting into my Facebook page has seriously cut into my blogging, along with some reasonable anxieties about posting anything political in the modern Egypt...and these days EVERYTHING is political in some way. I decided to post something, opened Blogger to write and found the post below. It's about four months old and sadly enough it is still timely. It's winter in Egypt now and nights are cold but today the sun was warm, friends stopped by the farm to visit and in general life was good. I think that is the most important thing to remember when life at large looks pretty frightening. Just back things back down to a manageable scale, like a garden, a kitchen, a walk with a child, a game of ball with a dog, and it isn't nearly as frightening but it is just as real, in fact, perhaps more so. 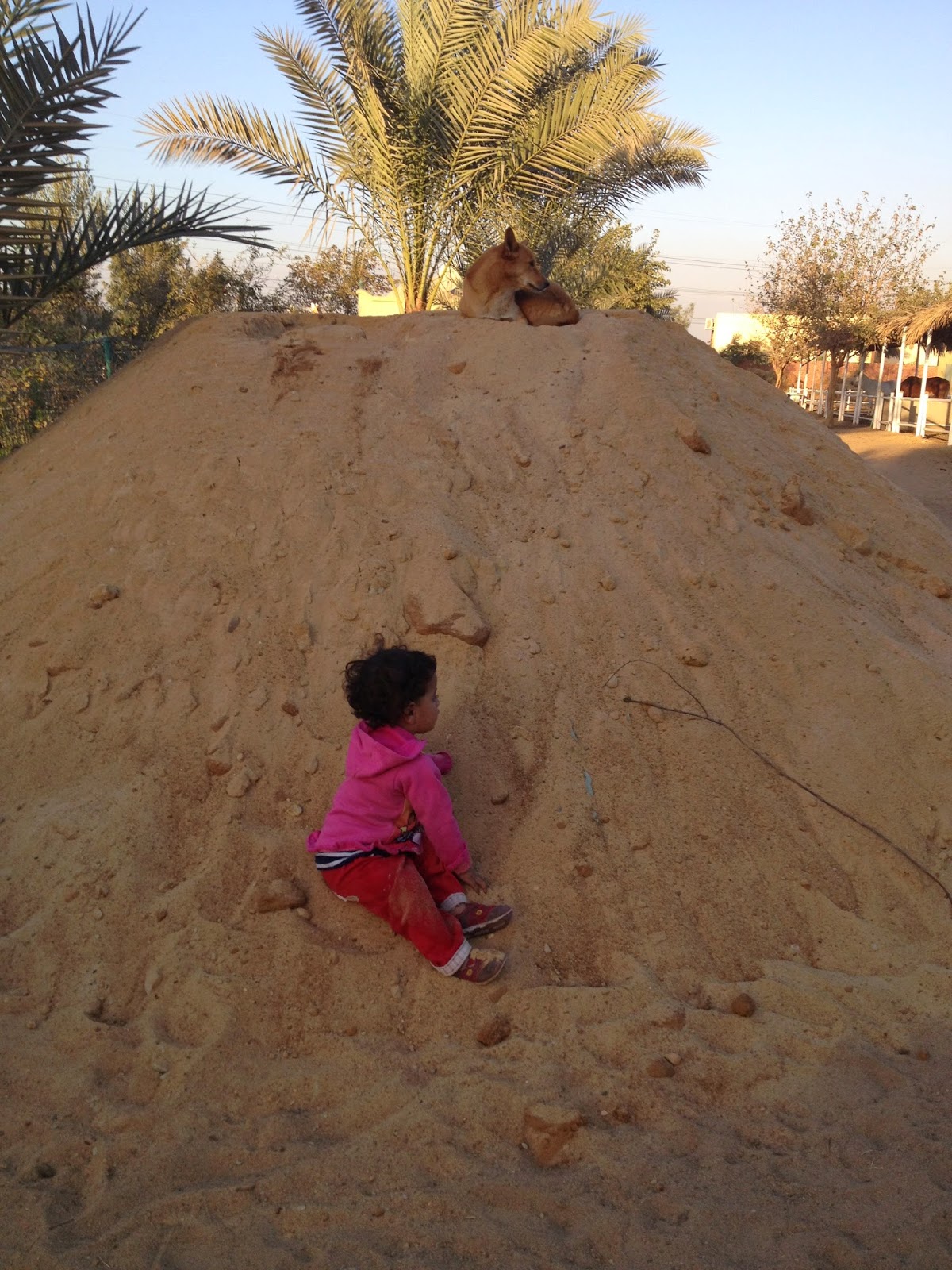 I woke up this morning to the sound of bird song and the beautiful wind chimes that I brought back from the US this last trip. The air is fresh and cool, the sky blue with those wandering puffy white clouds that signal the onset of blessed autumn in Egypt, with its relief from the relentless heat of the summer that simply drains every shred of energy from your body. I came out to my desk and turned on the computer after the inevitable crash of a late night power failure and Twitter was the first tab to open for me. I found this tweet from Hussein Ibish, who is someone whose comments I've learned to pay attention to:

Hussein Ibish @Ibishblog
. @hisham_melhem best article yet - and he's written some really great ones - but this is truly superb

So, sipping on a glass of water, I opened and read one of the best and worst articles on the ills of the Arab world that I've ever seen. I'm not sure what to do now. I feel as though Hisham Melham has summed up all the monsters that have been crawling around in the darkness at the back of all of our closets here in our turbulent part of the world. And having examined them we are left to try to shut the door and pretend that somehow keeping them in the closet will be enough.

The saddest part is that, while this sums up the Arab world's issues pretty clearly, it doesn't look beyond that part of our entire battered, bruised and bleeding human world, which seems to me to be almost as much a hopeless case. All of the concerns of fundamentalist sectarian issues are equally present in the "West" with religious leaders pushing political carts that are loaded with the baggage of the corporate leaders of what currently pass for democracies in Europe and North America. Africa is seething with equally damaging issues while being attacked from within by one of the most frightening diseases humans have seen in a long time, Ebola virus, which while it may not decimate human populations, will most certainly decimate economies. China and the far east are struggling with both economic issues and similar sectarian battles, however little we pay attention to them. The only area that seems relatively free of these damaging religious/sectarian/political feuds looks like South America, but this area has been pushed hither and yon by corporate pressures stemming from the north including the drug trade and who knows if they can bring themselves to a position of stability and leadership in a world that seems to totally lack both. Years ago when my ex-husband and I were looking for a haven from the insanity of the Vietnam war, we thought of New Zealand, at least partly from a wholly selfish view that it has some of the best trout fishing in the world, and aside from its rather unfortunate tendency of late to massive earthquakes, it is still seeming like an odd haven of sanity and peace. Heaven knows that Australia is writhing with its issues of why a country of immigrants who treated the indigenous population with massive brutality should deny haven to the next wave of immigrants.

I'm sure that there are pockets of peace and sanity in the world. There always are. There are happy farmers' markets taking place throughout the world where people can forget that they are being pushed to purchase and eat food-like objects that will ultimately harm their health so that some corporation can count their imaginary wealth. I can get on one of my horses and meander through the fields out here greeting neighbours who are planting cabbages and clover. There is a ground level reality that can sustain our hopes that life is worth living and perhaps it's just best not to look up the food chain too far. I think I will be doing some gardening today.