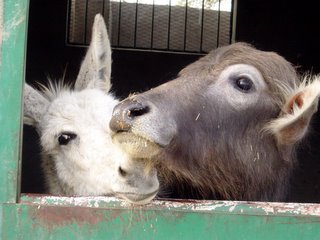 One of the more....or less....endearing aspects of Egypt is the random nature of life here. You learn to be comfortable living cheek to jowl with all sorts of interesting germs, bacteria, four-legged (and more and less) fauna anywhere in the country. One of the things that you learn on moving to Egypt is that (Omigod!) eggs can stand unrefrigerated for as long as two months and stay fresh, although once you refrigerate them, they MUST stay refrigerated. What a shock....and what a relief. Why waste refrigerator space on something that comes in its own wonderful packaging that can sit happily in a cupboard for a month or so. Terrific. My home is a great example of our coexistence plan. With 12 dogs, a cat, a tortoise, six parrots, three chickens, ten horses, two donkeys, and two water buffalo wandering the premises, the mind trembles to contemplate the number of diseases rampant on my two and half acres. 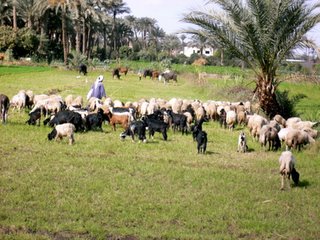 Imagine my wonder, shock and horror to read that my Dr. Dolittle-ite compatriots in the United States are now finding themselves under siege by none other than the brilliantly efficient US Department of Agriculture. Do click on the link above to read the rather bizarre and quite frightening plans to microchip all of the animals in the United States to be able to track their whereabouts 24/7. Granted at this time the plan seems to be aimed at consumables and livestock rather than dogs, cats, and goldfish, but nevertheless the hassles and bother involved are mind-boggling. 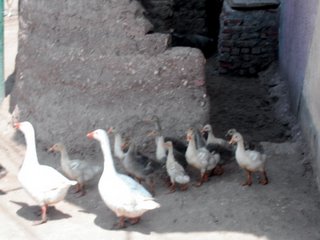 I'm sure that the USDA wants its public to realise how hard they are working to keep the American populace free from the threat of disease transmitted by foreign migratory waterfowl or suspect transient cattle. Mind you this is the same group of people that do not at this time have a firm and effective testing program to know that the cattle coming through the slaughterhouses are free from BSE because it's too much time and money. So instead they plan to locate every breeder of birds, horses, cows, pigs, sheep, goats, whatever by GPS and to require that every animal be microchipped so that its exact whereabouts can be determined at any time. This will add how much to the cost of meat for the average household? And what about the small farmer who wants to raise his/her own food for home consumption? As Ms. Zanoni notes, the small farmer is barely making ends meet as it is, and this could surely be the straw that breaks the camel's back. 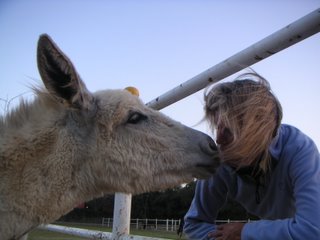 Ok, so why does this matter to me? The likelihood that such a set-up could be legislated into existence in Egypt is on a par with the likelihood that all the camels at the pyramids of Giza will take flight at 10 am on Tuesday morning, transporting those unlucky tourists who happen to be riding at the time to Timbuktu. We don't even have bills of sale for livestock in Egypt. If and when ducks from Greece or Turkey land in Egypt carrying avian influenza there will be absolutely nothing that the government can do to track down where suspect poultry might be lurking because the answer is everywhere. Is this a risk? Yes, of course. But so far it's still more of a risk to try to cross Kasr el Aini Street at 3 pm. I follow the WHO and CDC bulletins regarding avian influenza and a number of other emerging diseases so that I can keep abreast of what some fairly thoughtful people regard as real risks to me and my neighbours who keep chickens, ducks, and geese. Will a microchip really help me if my chickens get sick? I don't think so. I do think that they would find themselves on a bonfire without benefit of barbecue sauce pretty damn fast in that case. 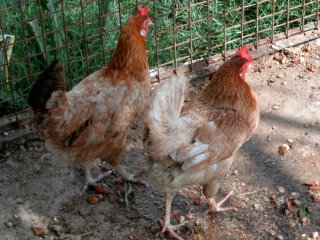 I have a personality defect such that I really don't like people micro-orchestrating my life and I hate to see it happening to others. I can see this kind of effort on behalf of the USDA causing infinite problems for other people who enjoy horses or who breed parrots as I do. I can see a growth in bureaucracy in the US government to enforce more useless laws that restrict the activities of those unfortunate enough to live in the Land of The Free. I wonder what effect such a legislation would have on good people such as my sister-in-law who runs a raptor rehabilitation program in Ojai, California. Would she have to somehow find a way to find the funds to microchip the owls and eagles that come through her center to be healed and released? 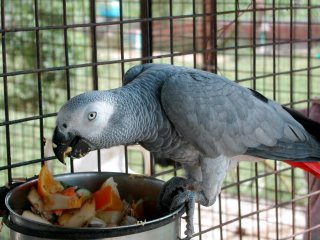 This world isn't such a huge place, despite what people have long thought. Ancient humans travelled distances on foot or with the help of donkeys and horses that we modern softies find incredible. Migratory birds and insects have been capable of moving between continents for eons...a fact that most of us have only just clued into courtesy of the current paranoia regarding avian influenza. Viruses and such have been migrating around the world for ever....modern man has just figured this out and it scares the hell out of him.
Posted by Maryanne Stroud Gabbani at 6:46 PM 6 comments: