The Importance of Staying In Touch 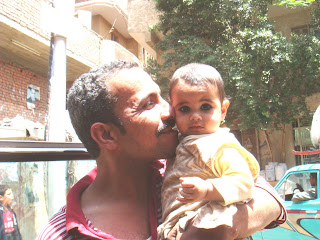 I recently took a brief holiday to the US to see my kids. When I got back to Egypt, I arrived to find my niece from California, along with her five year old daughter, a fellow teacher, and ten high school students, happily installed at an alternative school not far from the farm where they would be staying for a two week visit to Egypt as a part of their school program. I also had an old friend from New Zealand who came to think out some major life decisions at the farm and within a couple of days, another friend and her daughter from California had arrived via Luxor. If I'd been rested after two weeks of bouncing between Boston and New York, a matter of conjecture only since I certainly wasn't after a flight home on a plane carrying every small child in the US with an Egyptian grandparent to visit over the summer, I wasn't rested once I got home. My animals apparently miss me a bit when I'm gone and the greeting from the dog pack was riotous to say the least, but it was later in the evening that I noticed a real difference. When I sat down...and later when I went to bed...I found that all the dogs, even the big ones, had to sit or lie close enough to me to touch me. With temperatures during the day of over 90 F/38 C, this could get to be a burden. Night time temperatures in the high 70's/high 20's, made things a bit better but I didn't get much sleep the first few nights. It was as if the dogs needed to reassure themselves that I wasn't going to vanish again while they were sleeping. Silly dogs...but are they? 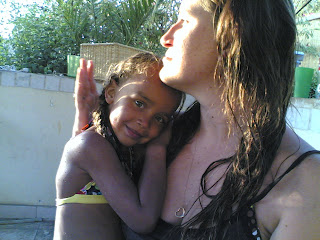 When I spent some time talking to my niece and catching up on family happenings, I was astonished to find that I'd missed some pretty important events abroad. Living on the opposite side of the globe, more or less, from part of my family and a minimum of 11 hours flying time from the kids, I rely on internet communications a lot. Emails, chat, Skype, even Facebook are all helpful in keeping up with family and friends who are wandering the globe, but in the end, we only know what others tell us about their lives, and they only know what we are willing to disclose. That can be a problem. "Oh, I didn't want to worry you." "Well, I figured that it would blow over." How many times have we all used this excuse as a reason to keep our problems to ourselves? We all do it. We share the good times and hide the bad ones, but at what cost? 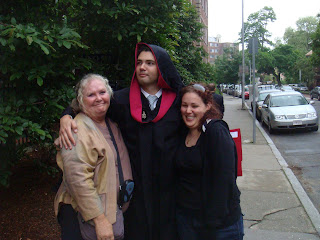 When my husband died, I soldiered on. I sat through years of horribly confusing negotiations, miserable meetings, and generally disabling work in fields that I really had no experience with. It was not fun. Without a group of women friends who gathered around me, held me as I cried, and encouraged me when I wanted to just give up and run away, I would never have made it. Ladies, I salute you and I would never have survived without you. A core group were also going through some pretty gut-wrenching life changes...divorces, separations, career issues...and we would meet about weekly for a meal and an exchange of woes. How depressing...but not really...and how therapeutic. An Irish grad student friend of mine used to tell me, while we were suffering from being the first major influx of women grad students in our department in Canada with all the weirdness that entailed, that a problem shared is a problem halved. It isn't really that other people are going to solve the problem for you as it is that simply carrying the burden of our problem alone adds to its weight. 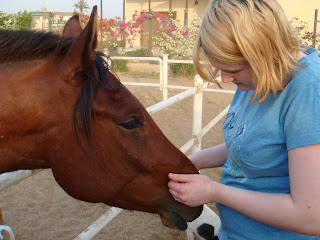 So the dumb animals aren't so dumb at all. They understand the need to be with the ones that they care about even if they can't speak in words. Years and years ago, AT&T, the American telephone company ran an ad campaign to boost long distance calling (I'm not so naive as to think that they approached it as a public service!) that featured someone saying "Reach out and touch someone." It's good advice. And don't only share the good news. It really is okay to say, "I know you can't do anything about this, but just knowing that someone is thinking about it with me helps...." And if you are on the receiving end, know that hearing about a problem doesn't necessarily mean that you have to rush out to slay a dragon. Sometimes just swatting a fly will do.
Oh, and the dogs? It only took a few days of sitting on me for them to decide that I'd returned for the duration and to go back to giving me space to breathe...thank heaven.