Living in a country during a revolution changes you whether you like or expect it or not. One of the changes that I've seen in myself is the extent to which I am interested in social and political trends in Egypt and other parts of the world. Sure, I was interested in them before to a certain extent but that interest has been honed and given new tools since the revolution. Before revolution I prided myself on the fact that I read the news from a wide variety of sources, having come to the conclusion fairly early in my life, around the time of the Viet Nam war, that no one source could be trusted implicitly. During January and February, I promised my kids to stay safe on the farm so I picked up a Twitter account that I'd opened in curiosity a year or so earlier and decided to see how it worked. 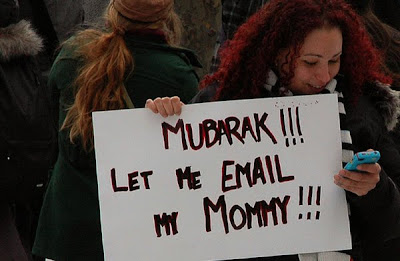 And did it ever work! From a few friends that I knew through blogging I gradually expanded my circle of informants to most of the activists tweeting in English, and from there to the frontline journalists who actually went out into the field to report on events in Egypt. Gradually the list expanded to include journalists and activists throughout the Middle East, North Africa, other parts of Africa and lately into Europe. Activists talk about what they want to do, plan to do, hope to do, and about what went wrong or right with what they've already done. It's quite enlightening and humanising to listen to their worries, fears, and dreams. The journalists tend to post a link to an article as it's published so I get a jump start on reading rather than waiting for a wire service or newspaper to pick up the article. They also post links to many of the more obscure but incredibly interesting and useful blogs, reviews, and online papers. Additionally, once you collect a reasonable amount of journalists on your Twitter feed, you get to eavesdrop on their debates, discussions and jokes that never, ever make it to a written page. This is both enlightening and highly entertaining. 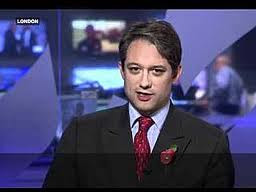 On Friday evening I opened Twitter to find references to Norway's catastrophe and immediately turned on Al Jazeera English. This is my first choice for the news, again a change since the revolution when we saw here the amount of time and investment of interest and personnel that they put into their coverage of events in Egypt. Additionally, their lack of advertising is a huge comfort. This time, however, I was appalled to see them interviewing one Justin Crump, apparently some kind of security analyst from the UK, about his ideas about the bombing in Oslo. The horrific details of the shooting on the island had not come out on the news yet. Despite the interviewer's insertion of "but, but", Mr Crump quite comfortably declared that this was likely an Al Qaeda action or the action of some other Muslim terrorist, and proceeded to list all the reasons that this might be so. Disgusted to see this yet again (the broadcasts of 9/11 will live in my memory forever with their seamless condemnation of the Arab perpretrators...something that totally astonished me at the time), I turned to Twitter. There was discussion as to who might have been involved in the action and, as journalists contacted friends in Norway, suggestions of people to follow on Twitter who were in place as witnesses or who had immediate access to the ongoing investigations. I followed the breaking news and discussions avidly through the evening.

At one point, a security analyst who specialises in following the jihadist bulletin boards online tweeted that someone on one board had claimed the bombing for the Friends of the Islamic Jihad, a group that no one had ever heard of. Subsequent tweets mentioned that the claimant was not the best of sources and suggested caution, but caution was not on the agenda of the New York Times and later the BBC, who quoted the New York Times as a source. They came out with the news that it was the work of Arab terrorists and many people followed their stories as the gospel...I mean, after all, the BBC AND the New York Times couldn't be wrong? Could they ever be! Yesterday there was a day long discussion on Twitter as to whether Will McCant, the source for the bulletin board tweet was irresponsible in tweeting his information if idiots were going to pick up the information and run with it as the Word of the Almighty. I don't know that anyone ever came to any conclusions in the discussion other than the fact that no one liked what had happened and everyone was uncomfortable with the fact that once again, the ubiquitous "Arab terrorist" was going to be blamed for something, causing innumerable problems for any of us connected with the Middle East. My personal opinion is that the problem was caused by the general assumption that something seen on Twitter, or the internet in general, is by definition true, an assumption that is utterly wrong. Twitter posts and internet posts are not necessarily fact-checked or verified. They are opinion, information that could be either right or wrong, that is passed on, and they must, as such, be subject to fact-checking and verification. This did not happen on Friday night. 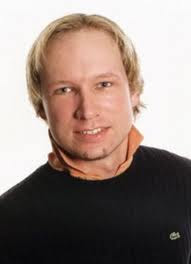 When the Norwegian police announced that the gunman who had been massacring young people at a political summer camp on an island near Oslo and who appeared to be responsible for the car bombing of the building in downtown Oslo was most definitely Norwegian, some of the speculation by news papers online changed to whether or not he had been trained by Muslim terrorists, not much of an improvement by my standards, and on Saturday morning many news sites still had not changed their stances in the face of the facts. The reaction by the mainstream media (often abreviated to MSM on Twitter) to the events of Friday was, on the whole, fairly ghastly. An article in The Atlantic has a very good discussion of the sudden about face that the media had to make in the light of the fact that this was in fact the act of a homegrown right wing Christian xenophobic Norwegian terrorist.

Interestingly enough, the fact that he was a Christian Norwegian suddenly seemed to change the man from a terrorist (something that is foreign, fearful and incomprehensible) to a madman (which somehow is understandable). I don't find it understandable at all myself. There is some level of derangement in anyone who can comfortably contemplate the destruction of other people to "enlighten" others or to change history. But then the natural progression of my logic is that the sanity of most military organisations is called into question and I'm sure that many people really don't want to go there. But I would most certainly state that this individual is definitely a terrorist and, in terrorism terms, a very successful one at that. Considering the difference in population between the US and Norway, he managed to kill a larger percentage of Norway's people in his bombing and shooting than the percentage killed in the attacks of 9/11. And he seems to hold the record for the most number of people killed single handedly in a single incident.

I'm hoping (ever the optimist!) that there is a lesson learned from the past two days. One would imagine that the Oklahoma City bombing would have clued in the US that they have to watch their local non-Muslim terrorists, although the main change seemed to have been a toughening of policy against foreigners. Europe has definite issues with governments banning the wearing of niqab and taking action against halal and kosher slaughter. A Dutch friend of mine told me that this was initiated as an animal welfare bill that called for the anaesthetising of animals before slaughter so that they wouldn't be in any pain. My understanding of anaesthetics and euthanasia of animals is that drugs are prohibited in animals used for food for a very good reason, the fact that the residues are harmful to humans, so I have to first question the logic of the initial push and then wonder why it became ethnic/religious.

My thoughts and prayers are with the families in Norway who were devastated by the past few days, but I also pray to see some understanding in the world that xenophobia and extremism breed terrorists, and that terrorists come from any and every background.