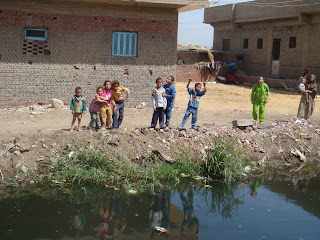 Every so often, I read something that I just want to send to everyone I know. DB Shobrawy's post on Mideast Youth was just one such post. He quotes a well-meaning post regarding some Egyptian children who the writer imagines as fanaticized beggars. Hmmm. There are a few missing steps there and a lot of unwarranted assumptions. One of the assumptions seems to be that one must have a lot of stuff to be happy. To be honest, when I spend time in the US I tend to feel overfed every second of the day and shopping becomes painful. I mean, what do you really need all that stuff for? 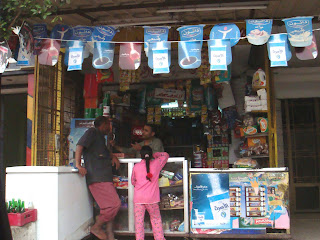 I know that it is really nice to be able to order in Mexican food from a particular province, and having vitamin water must be terrific. But do you really need it? Last time I talked to a nutritionist, the major use of water was to hydrate a thirsty body. Theoretically, you get your vitamins from your food, but I can rather understand if people don't get much in the way of vitamins from foods in the US. I washed some dinner plates that had contained salad and the lettuce didn't even wilt in the hot soapy water. What is in that stuff anyway? I love to buy the little roast chickens from the chicken man in our village. They taste wonderful and you actually have to chew them. My daughter and I bought a roast chicken at an excellent grocery in New York, and it tasted like marshmallow. You don't need teeth to eat chicken in New York. 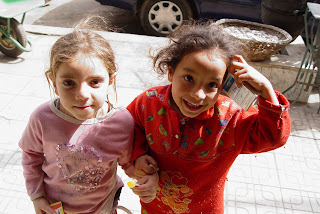 A lot of tourists are taken aback at children begging at tourist sites in Egypt. My late husband used to go ballistic whenever he saw people giving them money, and rightly so. He would point out that most of them were doing it for entertainment rather than to stave off starvation, and that giving them money simply taught them that they didn't have to work to make a living. He very reasonably didn't want them learning that lesson...but it was amazing how upset some people could get when he objected. I have a rule where I live. I never give kids anything. Nothing, zip, nada, mafeesh. If there is a family in true need, the neighbourhood pitches in and I will do so with all the others, but I never pass out candy, toys, or money to kids. As I tell them, no one has given me anything lately, but if they ever do, I'll come back and buy a package of biscuits to share.
copyright 2008 Maryanne Stroud Gabbani
Posted by Maryanne Stroud Gabbani at 6:47 PM 18 comments: