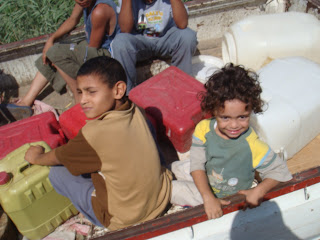 I don't like to discuss politics in general, not the faceless issues that so often populate the news. I'm not sure that they need discussion and they often don't really touch individuals directly. Recently, however, I read an Associated Press article online about a grassroots movement to convince Egyptian women that female circumcision is a bad idea. "Grass-roots effort in Egypt fights 'cutting' girls" written by Anna Johnson is an excellent piece that looks at a reasonable local approach to a very emotional issue. Every women's organisation in the world seems to be against FGM (female genital mutilation) and I am totally in agreement with all the objections. It is a pointless practice that causes much pain to young girls and later to women when many of them have problems with childbirth and pregnancy due to the rather haphazard surgeries performed. What I have trouble with is the strident demands that "they HAVE to be made to stop it!" without any background in the social complexities involved. 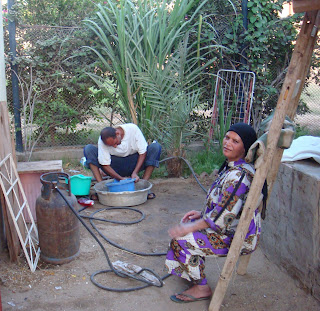 I was talking to my housekeeper about the issue the other day. Like most women in the villages here, she was circumcised as a child. She has five children of her own, the oldest two being girls and a couple of daughters younger. When I asked if they had been cut, she told me that her mother had come by one day while she was at work, taken the two older girls and had it done. She wasn't entirely comfortable with the fact and was rather embarrassed to tell me. This is where a good part of the problem lies. The older women who have been raised with the tradition have a vested interest in continuing tradition that validates their experience, no matter how unpleasant the experience might have been. In fact, in some cases, the more unpleasant, the more they want to see it continue so that they don't have to feel that they suffered for nothing. It's a variety of the old argument that perpetuates the British habit of sending children off to boarding schools at early ages...no one liked it but "if I survived and thrived, you will too". 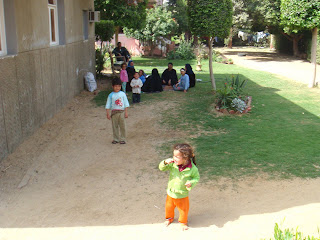 One of my neighbours here managed to convince her housekeeper not to cut her daughters using an extremely ingenious argument. Most of the families here are very religious and she pointed out quite correctly that circumcision is not a Muslim tradition at all. This information came as quite a surprise to her housekeeper as it did to mine when we were talking. FGM is an ancient African tradition and is not supported anywhere in Islam, and at least in Egypt using this religious argument could be quite successful. The trick with it, as is the case with so many things of a religious nature, regardless of religion, is the fact that religion and tradition can become so totally entangled that they are hard to separate. There are quite likely figures who might argue that the surgery supports female chastity...but you can make the same argument for medieval chastity belts. I'm going to follow this grassroots movement and be cheering on the sidelines. 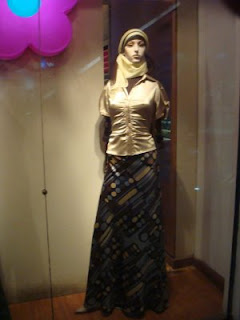 A Google link took me to a new blog today The Hijablog. This is a fashion blog for young women who wear hijab and I find it a real breath of fresh air. Hijab, the wearing of a scarf to cover your hair and often the neck and shoulders, is something that most westerners have a problem with. I could never even bring myself to wear a hat in the depths of a Canadian winter, often coming back into the house after shoveling the driveway with frozen hair after my morning shower (I mean how extreme a hatophobe can you get?) and I only wear a riding helmet because I promised my kids that I would for safety and I don't like to break a promise. So the likelihood of my ever being hijab is minimal to say the least, but I have also long been a an admirer of the women who turn their use of scarves and veiling into interesting and attractive outfits. Some might say that this negates the purpose of hijab, because it's almost impossible not to notice these striking young women, but I have to admit that I see the veiling issue as a combination of a social and a fashion choice. 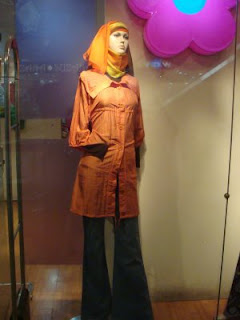 My daughter used to wear a scarf over her vibrant auburn curls while in Cairo, partly to escape the need to do anything with them (they have a total life of their own!) and partly to deal with the reactions of young men in Cairo, who quite frankly need to be taught to deal with women on a much more comfortable and polite basis. It was never a religious thing for her, although it is for many young women. The way I see things, women have a multitude of manners in which to present themselves, hijab being just one. And I get a kick out of young women who are interested in exploring the fashion aspect of it. Good for you, Basbousa.

Thank you for liking and writing about my blog. Yours is great too.

oh god. i had no idea girls were still getting circumcised. its totally against islam. thats only for boys

I am coming to Egypt to travel a little next month and as an aspiring journalist I found your blog refreshing and thoughtful. Thanks!